Great little review for Earthman by Keys and Chords, a Dutch music blog.

“…very fresh and catchy music… Hudson’s songwriting talent is endless and his songs are poppy, catchy, melodic and straight to the point. Good, strong and reliable compact songs!”

Thanks guys, very much appreciated!

For more info check out the review here.

Full review according to Google Translate: 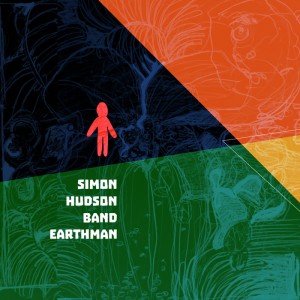 “In 2014, the Australian (Melbourne) Simon Hudson released an EP “Time & Space” out. A little later he signed with the German label “Songs and Whispers” because his European tour (which mainly took place in Germany) was very successful. His roots music, with a lot of pop, folk and electric soulful and quite a few African and Latin rhythms they could taste it there.
It is very fresh and catchy music produced by the Simon Hudson Band. You can clearly hear influences from Paul Simon, Jose Gonzalez and Neil Finn. Hudson songwriter talent is endless and his songs are poppy, catchy, melodic and straight to eh point. Good, strong and reliable compact songs!
The CD was released on August 6, but rather appeared three singles, the poppy opener of the album “Do Me A Favour ‘which is very good sticks in your head. The funky, narrative “Never Knew Why ‘and an African rhythm foreseen and subdued song’ I Know You’ll Be Alright” previously appeared as though single.
But there’s a lot more on this album. “As home to the catchy ‘Shot In The Dark’ a Caribbean sound. And Sounds ‘New Religion’ as a song from the repertoire of the Buena Vista Social Club. Well done and it all works to Hudson.
Delicious funk do you do with “Something Real” and the ska and reggae song ‘Mobile Phone Love “Simon joked with modern love by mobile phone, while’ Rolling ‘is a pure country song, mixed with heavenly voices. Romance-like Bossa Nova comes by with ‘Gone A Long Time. ” It has a short, powerful, very rhythmic ‘reprise’, say a brief Latin continuation of the same song. The CD closes with the subsequent 10CC winking “Song About Us’. A beautiful summer CD of this Australian.”

Gig this Saturday
Scroll to top